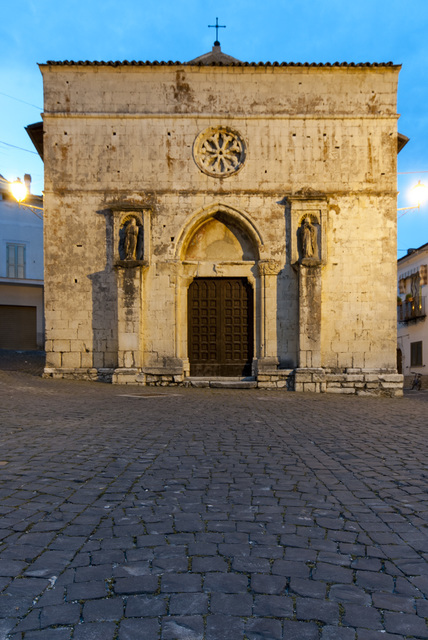 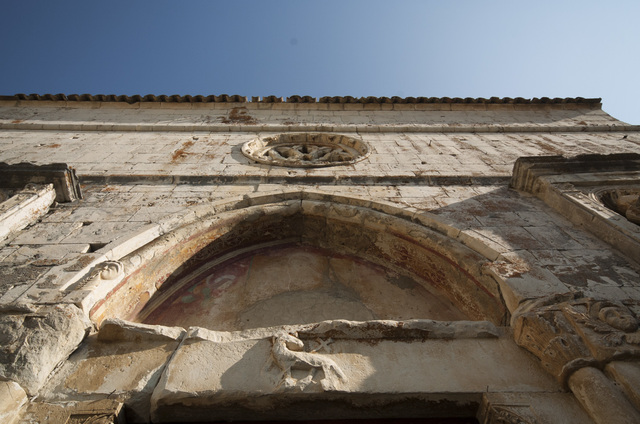 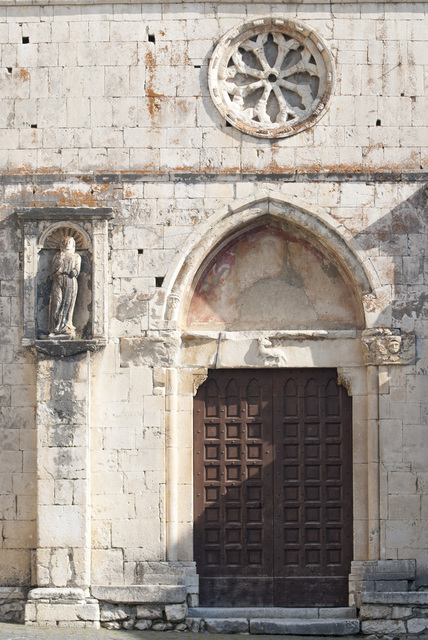 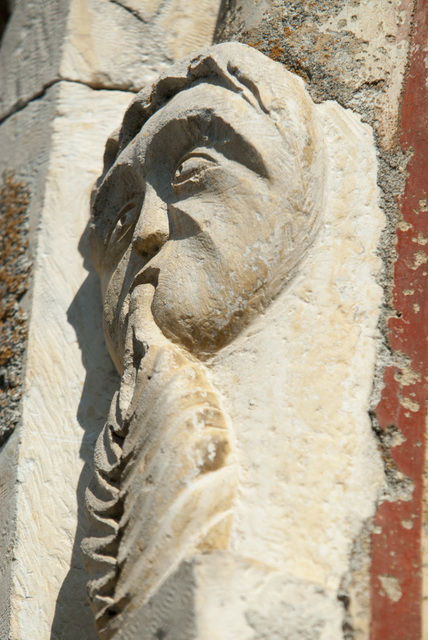 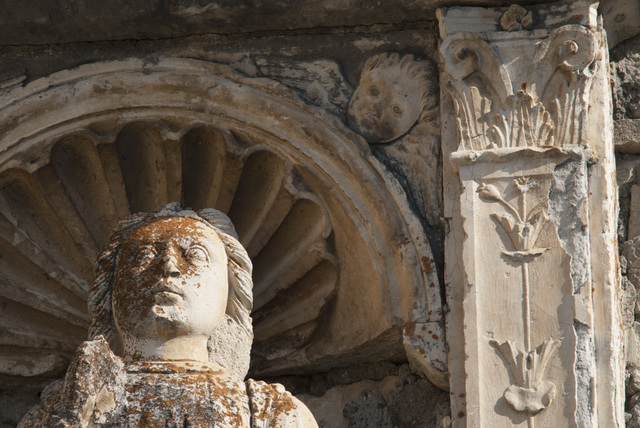 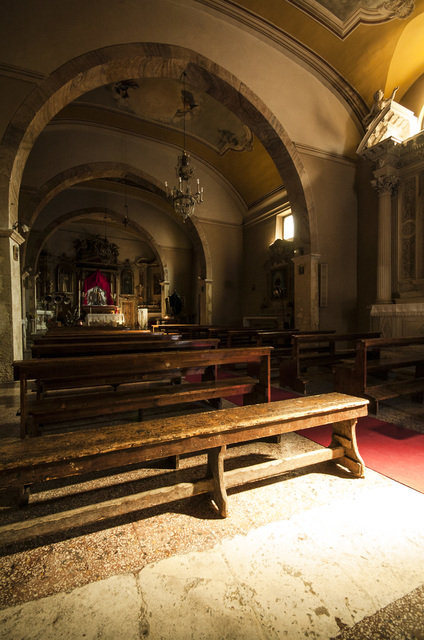 Set in the town's main square which bears its name, the church, probably built in the second half of the 13th century on the ruins of a pagan temple dedicated to Jupiter, may initially also have been named for San Panfilo. The current building is the result of many changes but they are mainly internal. Since 2009, due to the inaccessibility of the Sanctuary of San Domenico following the earthquake, the festival in honour of the saint is held here and hence also the start of the traditional procession with snakes.

The 14th century facade, with stone blocks and horizontal crowning, is divided into three bands of different heights by two cornices. At the centre of the lower portion, which rests on a low, projecting, stone plinth, is the rectangular portal with architrave supported by corner ledges, decorated in the centre by a relief with the Agnus Dei. This is topped by a bezel supported by arched columns with leafy capitals, flanked by support ledges on the right which are also decorated with anthropomorphic characters. A similar ornament is repeated in the first archivolt on the left. Within the bezel are fragments of a fresco, but they are barely legible. On the sides of the portal are two pilasters, upon which in the 16th century were placed rectangular niches containing statues. The second level, in line with the entrance, has a small rosette featuring eight columns with pointed trefoil arches, within a frame decorated with carved palm leaves. On the right-hand side of the building is the portal from 1552 - which has an architrave decorated with a small zoomorphic sculpture - that leads into the bay before the presbytery.

The interior, a single nave, is divided into four bays by flattened arches and the presbytery is slightly raised above the room. The structure and most of the furniture of the sacred building are from the changes made in the 18th century. Along the side walls, in line with each span, there are two altars opposite each other. In the apse are two corner tables placed symmetrically on either side of the main altar, which is also flanked by two niches with statues. Precious remains of frescoes were found on the right-hand side and have been recently restored. Just beyond the entrance there is the Crucifixion with Mourners and the Deposition. Near the side entrance there is a triptych, the most significant piece artistically, with Anthony, Mary Magdalene and Sant'Amico in the middle.