Church of Santa Maria in Campo

Church of Santa Maria in Campo 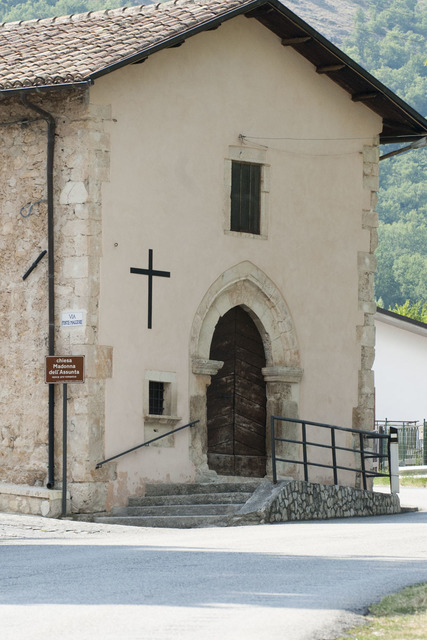 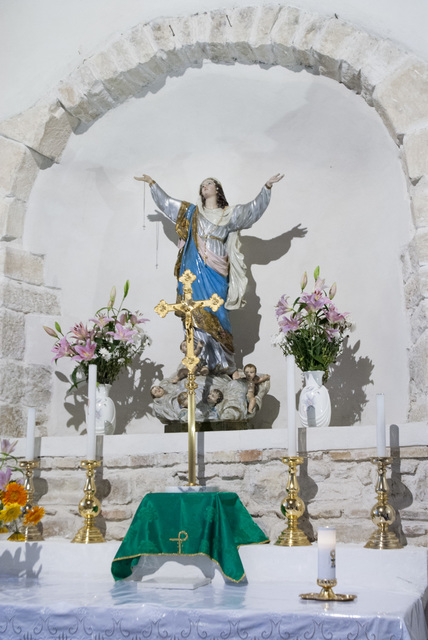 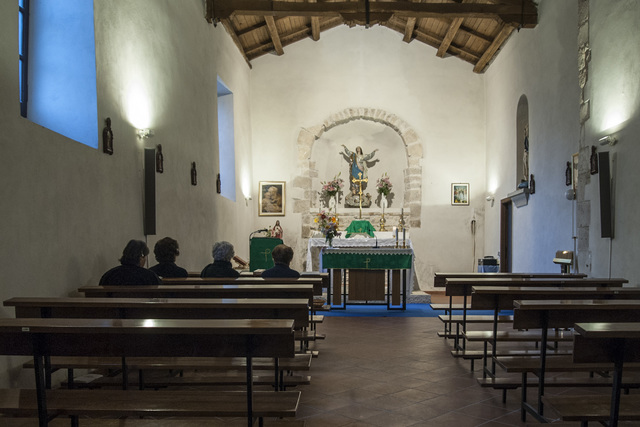 Located on the road leading to Anversa degli Abruzzi, the small church - which dates back to the pre-Roman period - was originally the grange house of San Giovanni in Campo. In turn it became a dependent of the Benedictine monastery of San Vincenzo al Volturno and was subsequently passed to that of St. Peter de Lacu in Villalago and, therefore, via it, to the Abbey of Montecassino.
It has been renovated several times over the centuries.  It was recently restored following the earthquake of 2009 and then reopened in 2011.

The front, slightly raised up above the street level by a short flight of steps, has corner cantonal stones and is gabled at the top. At the centre is the Gothic portal, also in stone, which consists of a double ring placed on different levels, resting on capitals supported by piers. To the left is a small rectangular window with projecting ledges, above which is a stylised cross. In line with the portal is another larger window. The outer wall has been left in exposed stone, with a small buttress placed between the two windows. On the back of the building, on the right, stands the small bell tower with a single cell.

Principally a single nave with wooden trusses, the church has its most valuable feature in the presbytery where, leaning against the back wall, is the original stone altar topped by a niche framed in stone. Inside is the statue of the Virgin of the Assumption, which is usually carried as part of the procession on August 15 on the occasion of the celebrations in honour of the Madonna.