Tower (bell tower of the church of San Nicola)

Tower (bell tower of the church of San Nicola) 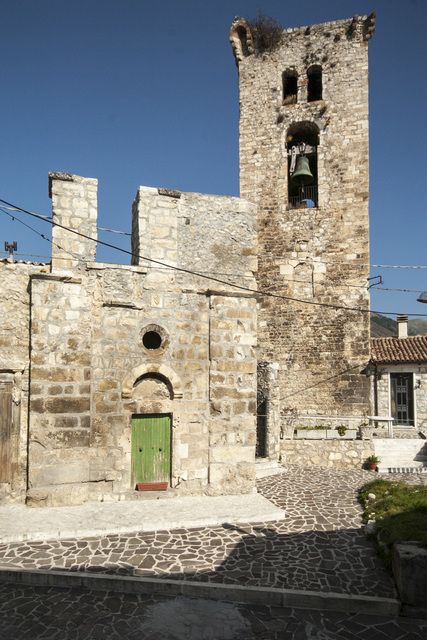 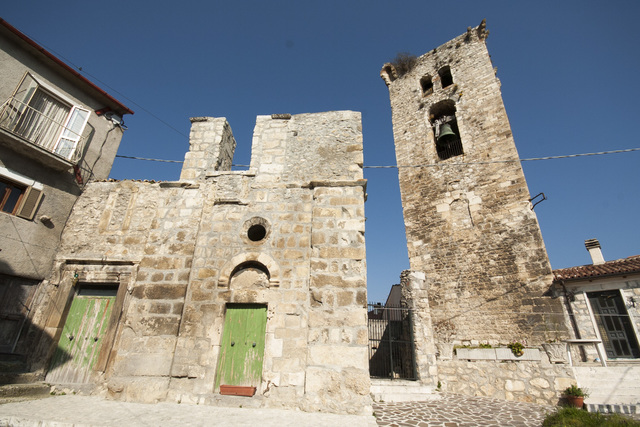 The square shape was built with large blocks of stone and carefully arranged to create a solid wall structure. It is likely that it was once crowned with turrets before its transformation into a bell tower, and then into the clock tower.
Located to the right of the church of San Nicola, the front elevation has a single belfry and, on the top level, two single openings. The best preserved section is, however, the rear where, at the summit, we can still see the tops of the support brackets and the machicolation openings. Lower down on the vertical wall, is a clock - installed at a later date - a belfry and a square window.
The rooms that house the bells were made when the tower became the bell tower of the nearby church of St. Nicholas.

The ancient and imposing tower was built in the 12th century, probably in conjunction with the construction of a medieval fortification, and is the highest point of the village. It was required to overlook the surrounding countryside and for the defense of the population. It was later converted into the bell tower of the Church of San Nicola and, as such, was mentioned in a Papal Bull of Lucio III (who was Pope from 1181 to 1185) and in a pastoral visit in 1356.