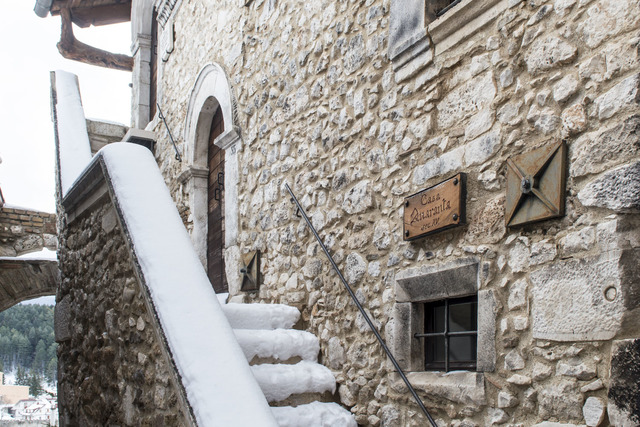 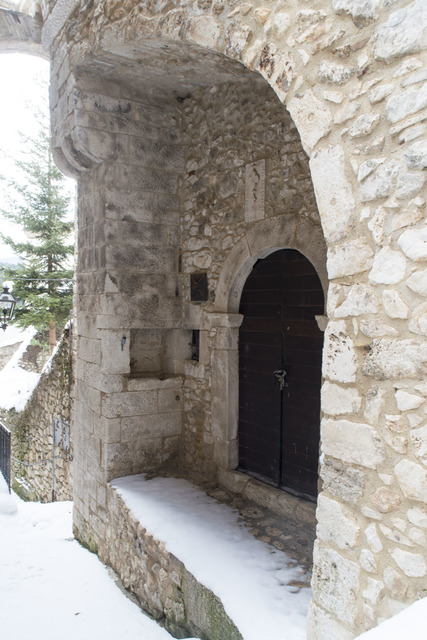 This is a typical example of a traditional Abruzzo house and is located in the town centre. It was built in the 15th century and was then later modified in 1505 -  the date shown on a coat of arms placed above a storeroom door.
It was finally restored ten years ago to house a multipurpose centre (on the ground floor) and the Museum of Art and Local Traditions (on the first and second floors).


The building has three levels and is characterised by the presence of a typical Abruzzese architectural element, the so-called "vignale", a landing with stairs which overlooks the entrance. The ground floor entrance is located on the facade which overlooks Via Quaranta. It features a simple rectangular door of stone blocks. On the top level, marked by a string course, there is a small window with a round arch and a moulded frame. The northern facade features a massive stone staircase with a railing that leads to the doors of the first and second floors. It is enhanced by a round, arched window in the same style as that on Via Quaranta.
The interior has been completely renovated and retains some original elements such as ledges, niches and a stone, carved fireplace. The first and second floors are home to the museum of local art and traditions. There are many traditional objects which have been donated by local families such as those for agricultural and domestic use, and many stone sculptures by local artist Liborio Pensa.